[content_table]
The term “Functional Rhinoplasty” (Rhinoplasty) refers to the surgical procedure which is performed in order to induce changes of the internal and external structures of the nose, simultaneously.

Aside from its cosmetic role, the nose serves a number of essential functional roles, related to respiration. The nose is the only externally visible part of the respiratory system and it is the main route for the entrance of the air to the human body: Τhe inhaled air is drawn in via the nostrils, entering the nasal cavity, which is divided by the nasal septum. During this process, the air is filtered, humidified, warmed and prepared for the lungs.

Why will anyone choose to undergo a functional rhinoplasty?

Rhinoplasty is a very popular cosmetic surgical procedure affecting both the internal and external shape of the nose. The term “functional rhinoplasty” refers to the procedure that alters the anatomy of the nose in order to improve nasal breathing quality as well as nasal appearance.

How does functional rhinoplasty improve breathing?

A deviated septum occurs when the cartilaginous or/and the bony part are off-centered and displaced to one side of the nostrils. When the septum leans to one side of the nasal cavity, it may affect patient’s breathing and cause medium to severe symptoms, depending on the deviation’s rating. It should be noted that in cases of minor deviation of the nasal septum the patient experiences minor to zero symptoms.

Which are the most common symptoms of a deviated septum?

Patients with co-existing medical conditions such as allergic rhinitis or asthma, experience even more difficulty in achieving a normal breathing.

How does functional rhinoplasty improve the appearance of the nose?

The nose is one of the most defining factors of the appearance of the face. Most patients undergoing rhinoplasty have been unhappy with the size, shape or other aspects of their nose. The aesthetic role of Functional Rhinoplasty is to improve the proportions of the nose, in a way that restores the harmony of all facial anatomical features, creating a natural and beautiful result.

Common cosmetic complaints that can be corrected with functional rhinoplasty are:

Functional Rhinoplasty at a glance

Duration of the procedure: 1,5 – 3 hours (depending on the number and severity of deformities that need to be corrected)

Back to every-day activities 1 day

Back to work: after few days

What should you know before proceeding to functional rhinoplasty?

Which is the “right” age for a rhinoplasty?

Patients should wait until the nose reaches its adult size before they undergo rhinoplasty surgery. Girls are typically ready for the procedure at the age of 16-17, while boys are usually ready about one year later.

The practical difference between the two techniques is small. The closed technique allows less swelling during the recovery period. Open and closed rhinoplasty are equally as effective regarding precision as long as the surgeon is well educated and experienced on this topic. It is of great importance that the surgeon who chooses to perform the closed technique familiarizes all the necessary surgical maneuvers to deal, not only with the bridge of the nose but with the tip as well.

How do you prepare before nose surgery?

Your ENT / Rhinoplasty Specialist Surgeon will perform a physical examination before the procedure. It is essential to keep yourself in good health and wellness in order to ensure that the recovery process will be fast and smooth.

What to expect during the recovery period?

The end of the procedure is always accompanied by taping an external splint to the nose, aiming to stabilize the operated nasal tissue. External splints are typically kept in place for about 7 to 10 days. After the splint is removed, the patient can go out in public without exhibiting any scars, bruises or other indications of facial surgery.

Specialist in Functional and Reconstructive Rhinoplasty 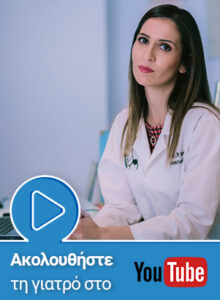